Share videos & photos of your favorite places on EARTH & use hashtag #NoPlaceLikeHome to celebrate Earth Day and to also be a part of NASA's social media campaign. 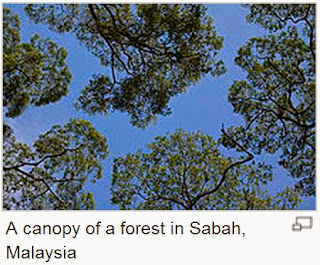 WHAT WILL YOU BE SHARING?
NASA wants you to post your videos and photos using hashtag #NoPlaceLikeHome on all your social media especially Twitter, Instagram, Vine, Facebook, Google+ and Flickr. NASA has been posting images and videos in preparation for Earth Day since the beginning of April.

Here are my #NoPlaceLikeHome favorite places on earth: There are plenty more at the FB links below. Enjoy! 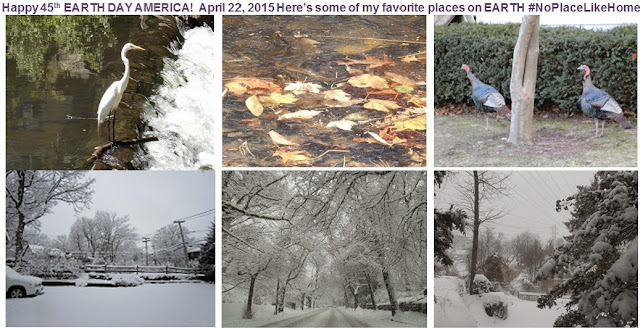 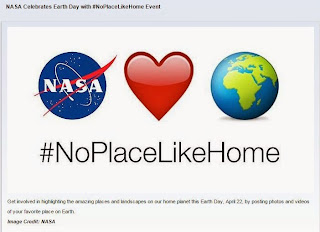 #EarthDay 2015 marks the 2nd year of NASA's global social media campaign. Earth Day is not just about water and sustainability." Earth Day 2014 marked the first #GlobalSelfie SOCIAL MEDIA CAMPAIGN from NASA. This year, NASA's theme is #NoPlaceLikeHome. NASA wants everyone to post videos and photos of their favorite places on EARTH and to use hashtag #NoPlaceLikeHome for the latest #EarthDay 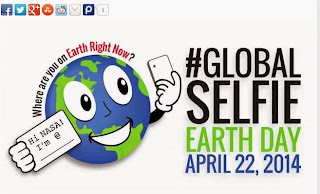 WILL YOU BE CELEBRATING EARTH DAY BY SHARING YOUR FAVORITE PLACE ON EARTH USING #NoPlaceLikeHome ?

All photos courtesy of Wikimedia; If any screen shots were taken from video and websites credit will be mentioned. All other photos will be credited as required. #NOPLACELIKEHOME + NASA SOCIAL MEDIA, April 22, culture, earth day, environment, global green, National Aeronautics and Space Administration, pollution, technology,
Posted by Gloria Buono-Daly at 9:27 AM