Happy 106th Fathers Day America! The first Fathers Day celebration was in the Spokane YMCA on June 19, 1910 (107 events ago and 106 years ago)? Incidentally either plural (i.e., Fathers) or possessive (i.e., Father's) can be used. 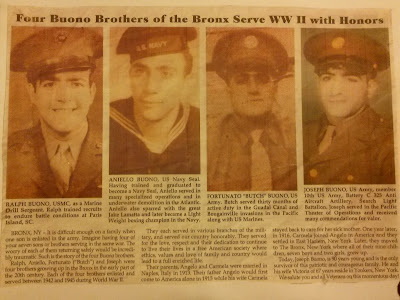 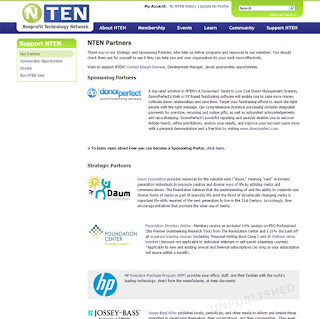 YAY. The "see what you missed" video of the Book Launch Party for Tamsen Fadal's latest book, THE NEW SINGLE, is up and running on YouTube. Enjoy and share with your fellow FB friends, networks and other social media. 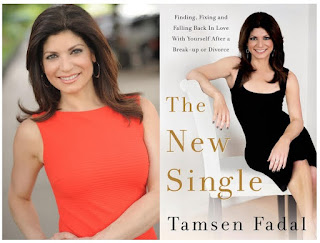 Tamsen Fadal, producer, author and ​seven-time Emmy®-winning Anchor, PIX 11 News has launched her latest book "THE NEW SINGLE: Finding, Fixing & Falling Back In Love With Yourself."

The launch party, held on Tuesday, June 2nd, is at NYC's URBO located in the heart of Times Square. Event coverage photos are posted on Facebook, click here and enjoy!

In "The New Single," Fadal shares her experiences and advice for finding, fixing and falling back in love with yourself and aims to empower women all over the country. No stranger to love and dating books, she has already authored 2 previous books on dating and love. Based on her very own steps she took to get herself back after her publicized divorce, "The New Single" explains the importance of finding those small, simple things in life that really matter including loving yourself first. Fadal wrote this book to share what has helped her fall back in love with herself, heal as a person but especially to help others going through the same experiences.

THE FIRST 90 DAYS ARE CRUCIAL

The first 90 days after a split or divorce are so crucial because you are still in pain and not over it -- Fadal believes you are so "raw after a break-up because you don't know what to do ..." "The New Single" is an excellent roadmap for anyone needing to bounce back after a break-up or divorce. “The New Single,” is not just about, dating and relationships or divorce and break-ups. It is more of a self-help guide on how to avoid toxic, repetitive relationship patterns that hold you back combined with Tamsen's real life lessons-learned as well as stories from other women in similar situations. Also included are meaningful tips for moving forward and getting that much needed confidence and feeling of empowerment back.

It's exciting and inspiring to cover this event and interview guests on the red carpet at URBO (located in the heart of NYC's Theater District), and to celebrate Fadal's latest book, "The New Single," among many fellow fans, friends and familiar faces.

YAY, the event coverage photos have been posted on Facebook. Also be on the lookout for the "see what you missed" video which will be posted onto the Examiner.com article and this AllThingsDigitalMarketing blog post. So please visit frequently and stay tuned for more.

Resources
♦ How Tamsen Fadal got over her nasty, public break up, NY Post http://nypost.com/2015/05/30/how-tamsen-fadal-got-over-her-nasty-public-breakup/
♦ Tamsen Fadal on Facebook https://www.facebook.com/tamsenfadal/posts/10153260102413879
♦ TamsenFadal.com, http://www.tamsenfadal.com/
♦ WPIX's Fadal seen looking 'cozy' with Steve Guttenberg http://pagesix.com/2015/01/15/wpixs-fadal-seen-looking-cozy-with-steve-guttenberg/
♦ Tamsen Fadal on Wikimedia http://en.wikipedia.org/wiki/Tamsen_Fadal
♦
To purchase "The New Single" on amazon click here. Please share this on your LinkedIn, Facebook, Twitter, and other social media networks you enjoy! Thanks for visiting.