The 2018 Oscars     ♦  ♦  ♦    Who do you think will be the winners? The Shape of Water received most at 13 nominations.  Here are my picks. What are yours?  #2018Oscars #AcademyAwards #TheShapeOfWater #LadyBird #ThreeBillboards  #Dunkirk #ThePost #Phantom Thread, #GetOut, #CallMebyYourName, #DarkestHour

The 2018 Oscars     ♦  ♦  ♦    Who do you think will be the winners? The Shape of Water received most at 13 nominations.  Here are my picks. What are yours?  #2018Oscars #AcademyAwards #TheShapeOfWater #LadyBird #ThreeBillboards  #Dunkirk #ThePost #Phantom Thread, #GetOut, #CallMebyYourName, #DarkestHour

"Hosting the Oscars was a highlight of my career …. If you think we screwed up the ending this year, wait until you see what we have planned for the 90th anniversary show!  — Jimmy Kimmel  (@jimmykimmel), TV host, producer, writer, comedian, voice actor; December 5, 2016,On hosting The 90th Academy Awards (2018 Oscars)
Photo of Jimmy Kimmel smiling from Wikipedia by photographer Andrea George created September 4,2012 during a ceremony for Ellen DeGeneres, receive star on Hollywood Walk of Fame.

Excerpts fromChris Rock's opening Monologue hosting the 77th (2005) Oscar Academy Awards.  "...So ...Great night tonight. We have 4 black nominees...Kinda like the deaf Oscar jam tonight ... You know why I love the Oscars. Cause the Oscars are the only awards show where the people nominated don't really perform...There's no acting at the Oscars ...The only acting you see at the Oscars are when people act like they're not mad when they lost...Like I remember one year when Halle Berry won the Oscar Nicole Kidman was smiling so wide she shoulda' won an Emmy at the Oscars for her great performance ...See at least they make white movies for people to enjoy ... real movies with plots ...with actors not rappers ... with real names like "Catch Me If You Can," "Saving Private Ryan," ... black people movies don't have real names ... you get names like "Barbershop," that's not a name that's just a location ... "Barbershop," "Cookout," "CarWash," ... they've been making the same movies for 40 years. That's right you know laundromat is coming soon. And after that check-cashing place."   ~~ Chris Rock (Christopher Julius "Chris" Rock III) actor, comedian, voice artist, director, writer, and producer, excerpts from him while hosting the 2005 Oscar Awards (77th).

The 90th Academy Award (Oscar) 25-category nominations were announced live on January 23rd.  Academy president John Bailey opened the event and introduced Tiffany Haddish of "Girls Trip" and Andy Serkis of "Lord of the Rings." In line with the spirit of women, each category started off with clips of actresses including Salma Hayek, Michelle Yeoh, Rebel Wilson, etc.  Haddish and Serkis announced the nominees for the 25 Oscar categories from the Samuel Goldwyn Theater in Beverly Hills, Californna. Haddish madded that she was going to put watching "Dunkirk" on her to-do-list.

The 90th Oscars® LIVE OSCAR SUNDAY ( #90OSCAR) will be broadcast live from Hollywood's Dolby Theatre with Host, Jimmy Kimmel, on Sunday, March 4th at 7 p.m. EST on ABC Television Network, and will be televised in more than 225 countries.

Here is a listing of key Academy Announcements for the 90th Academy Awards (or copy/paste this link http://www.oscars.org/news/academy-announces-key-dates-89th-oscars).

Films with the most nominations are  “The Shape of Water” (13 nominations, 13 categories including  Picture, Directing, Actress in a Leading Role, and a slew of technical and visual awards) with no other films coming close.  "Dunkirk," a far  second with eight nods — largely in technical categories, but also Best Picture and Directing and " Three Billboards Outside Ebbing, Missouri"  with seven nominations (including Best Picture, Original Screenplay, and Actress in a Leading Role).

As everyone expected, Meryl Streep received her  historic 21st nomination for her role as Kay Graham in The Post.

Jimmy Kimmel, host of Jimmy Kimmel Live will host his 2nd consecutive Academy Award Oscars® @AcademyAwardHD @Oscars_Live @AwardsOscarsTV #Oscars2018. Kimmel is no stranger to the #Oscars® as he has hosted his annual Jimmy Kimmel Live: After the Oscars specials for years prior to hosting.

#2018Oscars #CallMeByYourName #DarkestHour #Dunkirk #GetOut #LadyBird #Phantom Thread #ThePost #TheShapeOfWater #ThreeBillboardsOutsideEbbing,Missouri
I've also included links to more information about the films and noted if any nominees have had previous Oscar nominations/wins in the listings below:

Please visit this blog frequently and share this with your social media. Thanks.

Posted by Gloria Buono-Daly at 7:37 AM No comments:

“Darkness cannot drive out darkness; only light can do that. Hate cannot drive out hate; only love can do that." ~~ Martin Luther King, Jr. American clergyman, activist, and leader in the African-American Civil Rights Movement
This post has been updated from previous MLK day blogs from AllThingsDigitalMarketing.com blog. Sometimes, the Google doodle will be from the previous yer.

Happy MLK Jr. Day America! There are so many activities and volunteers throughout the U.S.A. are embracing the spirit by giving their time to all sorts of activities. Also, happy birthday to our former First Lady, Michelle Obama who will turn 54 on Tuesday, January 17th.

Martin Luther King, Jr. (January 15, 1929 – April 4, 1968) was an American clergyman, activist, and leader in the African-American Civil Rights Movement. He is best known for his role in the advancement of civil rights using nonviolent civil disobedience. King has become a national icon in the history of American progressivism. 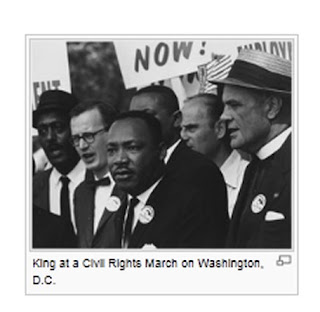 Martin Luther King, Jr. Day is observed on the third Monday of January each year, around the time of Dr. King's birthday on January 15th. It's always extra special when the actual holiday (Monday) is his birthday.

It is a federal holiday and all public schools, post offices, and government buildings will be closed. 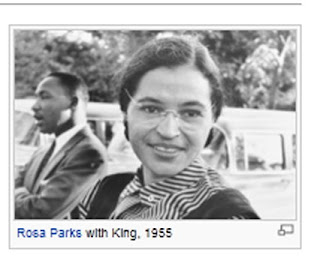 There are many things to do to celebrate Martin Luther King Jr. day.

Below are some interesting things to read and also helpful resources to celebrate MLK day in NYC and the Tristate area: 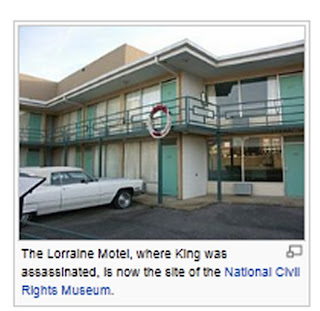 Please visit this blog frequently and share this with your social media. Thanks.