The 2017 Oscars ♦ ♦ ♦ Who do you think will be the winners? La La Land received most at 14 nominations. Here are my picks. What are yours? #2017Oscars #AcademyAwards #LaLaLand #Arrival #Moonlight #HacksawRidge #Lion #Fences #HellOrHighWater #HiddenFigures

Most diverse Oscar noms ever!  No more "#OscarsGoWhitely"or "#OscarsSoWhite"

Yes, I am hosting the Oscars. This is not a prank. And if it is, my revenge on @TheAcademy will be terrible & sweet. Thx to @alsformalwear — Jimmy Kimmel (@jimmykimmel), TV host, producer, writer, comedian, voice actor; December 5, 2016, On hosting The 89th Academy Awards (2017 Oscars).

Photo left of Jimmy Kimmel smiling from Wikipedia by photographer Andrea George created September 4,2012 during a ceremony for Ellen DeGeneres to receive a star on the Hollywood Walk of Fame.

Excerpts fromChris Rock's opening Monologue hosting the 77th (2005) Oscar Academy Awards.
"...So ...Great night tonight. We have 4 black nominees...Kinda like the deaf Oscar jam tonight ... You know why I love the Oscars. Cause the Oscars are the only awards show where the people nominated don't really perform...There's no acting at the Oscars ...The only acting you see at the Oscars are when people act like they're not mad when they lost...Like I remember one year when Halle Berry won the Oscar Nicole Kidman was smiling so wide she shoulda' won an Emmy at the Oscars for her great performance ...See at least they make white movies for people to enjoy ... real movies with plots ...with actors not rappers ... with real names like "Catch Me If You Can," "Saving Private Ryan," ... black people movies don't have real names ... you get names like "Barbershop," that's not a name that's just a location ... "Barbershop," "Cookout," "CarWash," ... they've been making the same movies for 40 years. That's right you know laundromat is coming soon. And after that check-cashing place."   ~~ Chris Rock (Christopher Julius "Chris" Rock III) actor, comedian, voice artist, director, writer, and producer, excerpts from him while hosting the 2005 Oscar Awards (77th).

The 89th Oscars® LIVE OSCAR SUNDAY will be broadcast live from Hollywood's Dolby Theatre on Sunday, Feb. 26 at 7 p.m. EST on ABC Television Network, and will be televised in more than 225 countries.

Here is a listing of key Academy Announcements for the 89th Academy Awards (or copy/paste this link http://www.oscars.org/news/academy-announces-key-dates-89th-oscars).

Films with the most nominations are  “La La Land” (14 nominations, 13 categories) with no other films coming close. Arrival and Moonlight tied for 2nd with 8 nominations each.

As everyone expected, Meryl Streep received her  historic 20th nomination for her role as Florence Foster Jenkins, despite President Donald Trump dubbing her as an "over-rated" actress.

Funnyman, Jimmy Kimmel, host of Jimmy Kimmel Live will host his first Academy Award Oscars® @AcademyAwardHD @Oscars_Live @AwardsOscarsTV #Oscars2017 this year. Kimmel is no stranger to the #Oscars® as he has hosted his annual Jimmy Kimmel Live: After the Oscars specials for years.

As in 2014 and 2013, there are 9 nominees for best picture 2017 (2016 and 2015  had 8). There is good news this year with the most media-worthy is that Meryl Streep is nominated for the 20th time and there are diverse nominations across many categories. So  #NoMoreOscarsSoWhite or #OscarsGoWhitely. I don't understand why Amy Adams wasn't included in the nominations for Arrival.

I've also included links to more information about the films and noted if any nominees have had previous Oscar nominations/wins in the listings below:

Documentary Feature:  Hard to decide, depending if political correctness determines,  13th or O.J.: Made in America could win; my first pick was Life Animated but changed to OJ: Made in America.    WINNER:"TBA"
♦ Fire at Sea, Gianfranco Rosi and Donatella Palermo
♦ I Am Not Your Negro, Raoul Peck, Rémi Grellety and Hébert Peck
♦ Life Animated, Roger Ross Williams (2nd Academy Award nomination, 1 Oscar win), and Julie Goldman
♦ O.J.: Made in America, Ezra Edelman and Caroline Waterlow
♦ 13th,  Ava DuVernay, Spencer Averick and Howard Barish


Please visit this blog frequently and share this with your social media. Thanks.


Nominations are at Oscar.com page at http://oscar.go.com/news/nominations/oscar-nominations-2016-the-complete-list-of-nominees

Posted by Gloria Buono-Daly at 8:17 AM No comments: 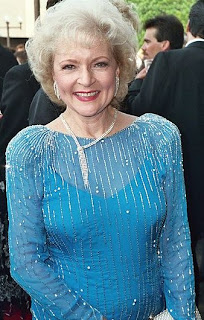 "Why do people say 'grow some balls'? Balls are weak and sensitive.
If you wanna be tough, grow a vagina. Those things can take a pounding."  ~~ Betty White,  aka Betty Marion White Ludden (born January 17, 1922), actress, animal rights activist, author, comedian, radio host, singer, television pioneer and personality; First woman to produce a sitcom and own her own production company; Received honorary title of Mayor of Hollywood (1955).

Ninety-five is indeed the new sixty-five in all respects for White. What began in the year 1952 was filled with whirlwinds of events that would call for sixty-fifth anniversary celebrations for White in the year 2017.

Sixty-five years ago, White (then 30 years old) became an entrepreneur, co-founding Bandy Productions with writer George Tibbles, who wrote every episode of "Life With Elizabeth" and Don Fedderson, a producer.

It was 65 amazing years ago that White had the starring role in "Life With Elizabeth" where she earned her first of six Emmy Awards.

The low-budget comedy was produced by and filmed at a local Los Angeles TV station where White and Moore were on the staff (the series was originally a live production on KLAC-TV in 1952). George Tibbles wrote every episode of the series. 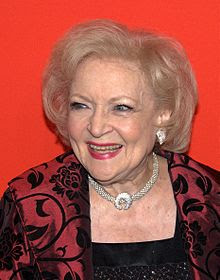 This was also the time when iconic Betty White not only became known as a famous TV Star -- now the year 2017 we celebrate White's 65th anniversary of her first commercial TV appearance -- all this while having her very own Radio Show,"The Betty White Show," all this while being a 30 year old in the year 1952! 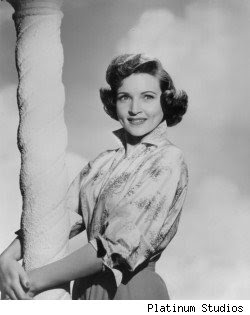 Over the course of her 80+ year career, working with 200+ leading actors, and 75+ films, White has won seven Emmy Awards (six for acting).

She has received 20 Emmy nominations, including being the first woman ever to receive an Emmy for game show hosting (for the short-lived Just Men!). 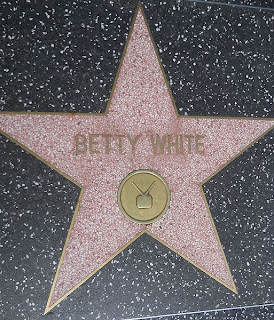 White is still the only female to have an Emmy in all female performing comedic categories.

In May 2010, White became the oldest person to guest-host Saturday Night Live, for which she also received a Primetime Emmy Award.


More resources about this amazing and legendary actress can be found at the following links below (my favorite is the video of her singing):