Did you know that March 8, 2014 is the 103rd anniversary of International Woman's Day?

Google has done it again and celebrated with an inspiring, entertaining, interactive doodle one day ahead.

Here's a snapshot of it to the right:

The UN theme for International Women’s Day 2014 is "Inspiring Change." Former United States Secretary of State, Hillary Clinton, attended the UN event "Equality for Women is Progress for All," earlier today in New York City. The event was part of the UN International Women's Day, which is celebrated tomorrow (March 8). 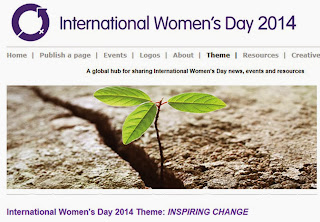 Women's equality has made positive gains but the world is still unequal. 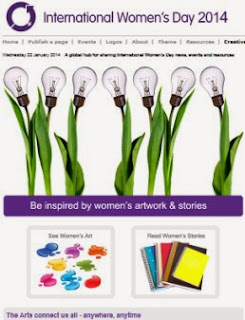 All the artworks and stories have been created by diverse women from around the world to inspire, challenge, entertain and provoke thought from a gender angle.

Posted by Gloria Buono-Daly at 4:39 PM