“I decided to host the Oscars again because I like a challenge, and I don't like to get stuck in a rut doing the same thing every day. So every once in a while I like to challenge myself. And this year I thought I would challenge myself in front of a billion people. And the gift bag.” ~~ Ellen DeGenerous , host of The 86th Academy Awards, American stand-up comedian, television host, and actress who starred in the popular sitcom "Ellen" from 1994 to 1998 and has hosted the syndicated talk show "The Ellen DeGeneres Show" since 2003; As quoted on why she decided to host The Academy Awards a second time. 86th Academy Awards 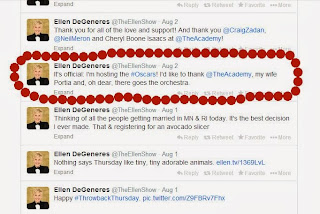 Seems like yesterday that the Oscar nominations were announced. Oscar night this year is telecast live on ABC on March 2 from the Dolby Theatre at Hollywood and Highland. More Oscar nomination coverage is at the Official 86th Annual Academy Awards -- Oscar.com and visit the “Oscar Nominee” section of the Website. 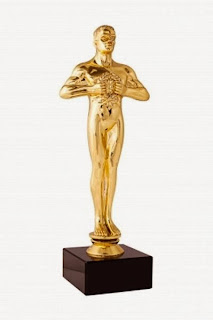 What are your picks? There's still time to cast your votes at Oscar.Go.com

Or you can look below which also includes my Oscar picks (begins with best picture category and includes links to more info about the Oscar nominated movie). Bookmark this post as it will be updated with winners as they become announced.
Photo left of Oscar statue award courtesy FreeDigitalPhotos.

Next to each category header is my prediction. Winner updates will be added as they are announced on Oscar night:

The Oscars are voted on by members of the Academy of Motion Picture Arts and Sciences. More information on the voting process is available at the Academy's website Oscar.com.

This article will be updated during The 86th Academy Awards, March 2nd, 2014 with the Academy Award winners. Please visit this blog frequently and share this with your social media.

Thanks for visiting.
Posted by Gloria Buono-Daly at 12:00 AM