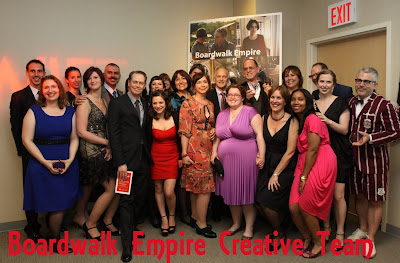 Emcee Kristen Schaal (30 Rock, Flight of The Conchords) entertained with her usual comedic effervescence throughout the presentations, but ”confessed” that she had always thought her farmer father was the hardest-working person in the world, until she realized how hard these extraordinary women behind the scenes work. (Photo to the right of Kristen Schaal by Getty Images) 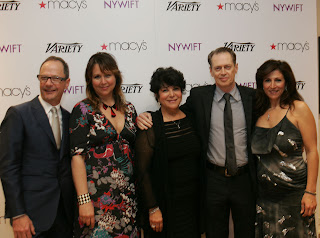 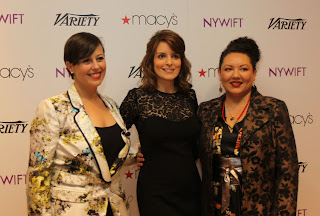 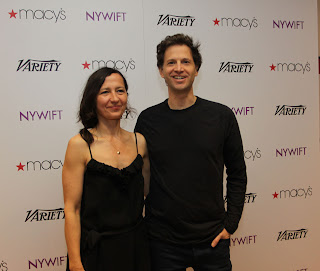 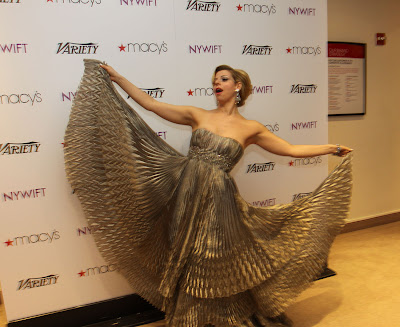 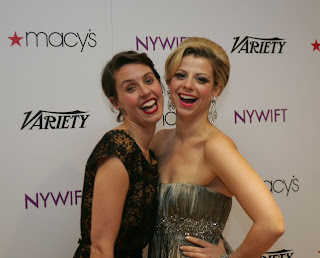 Steve Buscemi rounded out the presenters with heartfelt appreciation for Boardwalk Empire’s costume/hair/makeup team for transforming him into his character, Nucky Thompson. (Left, photo of Steve Buschemi on the red carpet courtesy of Getty Images) 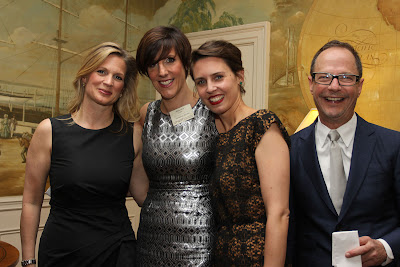 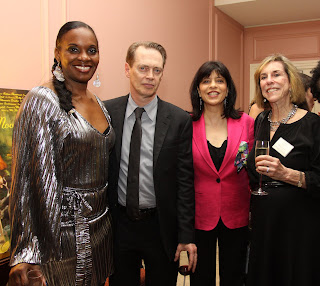 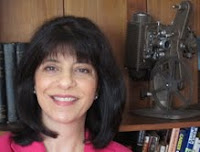 NYWIFT member MARIA PUSATERI has worked in various roles of TV/Film production. She is the director/producer of the award-winning documentary, Vito After, about a 9/11 responder coping in the aftermath of his rescue and recovery work. Pusateri was field producer for Mondays at Racine, a new documentary from Academy Award-winning director Cynthia Wade and HBO. The film, currently in festivals, won the Audience Award at IFF Boston. Maria has also worked in TV/Film publicity, performed as an actress, and has programmed many NYWIFT screening series, as well as the former CineWomen NY Screens at the legendary Pioneer Theater.


NYWIFT was founded in 1977 and brings together more than 2,000 professionals, including EMMY and Academy Award® winners, who work in all areas of the entertainment industry — above and below the line. It is part of a network of 40 international Women in Film chapters, representing more than 10,000 members worldwide.. For more information visit NYWIFT.org
Posted by Gloria Buono-Daly at 9:07 AM