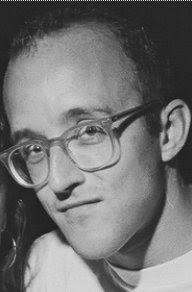 Haring was interested in art from an early age. From 1976 to 1978 he studied commercial art at The Ivy School of Professional Art, an art school in Pittsburgh. He soon lost interest in commercial art and moved on to study Fine Arts. 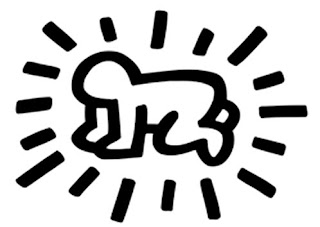 At age 19, in 1978, Haring moved to New York City, where he was inspired by graffiti art, and studied at the School of Visual Arts. He was also mentored by Andy Warhol. Haring was well known for his chalk pop art drawings in the subways of New York City.

In 1981 he sketched his first chalk drawings on black paper and painted plastic, metal and found objects. Around this time, "The Radiant Baby" became his symbol (see image above). His bold lines, vivid colors, and active figures carry strong messages of life and unity. Starting in 1980, he organized exhibitions in Club 57. He participated in the Times Square Exhibition and drew, for the first time, animals and human faces. Google celebrates with a Haring inspired doodle. 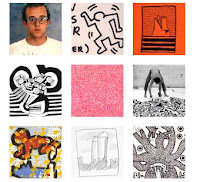