This article has been updated from previous postings. 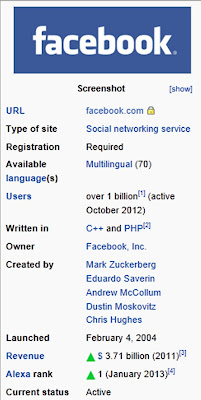 "I mean there doesn't necessarily have to be more ... I mean like a lot of people are focused on taking over the world. Or doing the most biggest thing. Like getting the most users. I think like part of making a difference and doing something cool is focusing intensely." ~~ Mark Zuckerberg , co-founder, Facebook; As quoted, June 2005 while talking about Facebook before it was famous. See YouTube video below for full discussion.

Facebook that controversial social networking service with media, social, political and cultural implications launched in February 4, 2004,(speculative as some say February 3) and has reached the big 014!

As of 2015, the company is $300 billion dollars richer since its launch, and there are over 1.55 billion monthly active Facebook users (MAUs) which is a 14 percent increase year over year (Source: Facebook as of 9/30/15). Additionally, according to Zephoria Digital Marketing, of those 1.55 billion MAUs, 1.01 billion people log onto Facebook daily (DAU) for September 2015, which represents a 17% increase year over year (Source: Facebook as 9/30/15) with 4.5 billion likes generated daily as of May 2013 which is a 67 percent increase from August 2012 (Source: Facebook). As of December 2013, Facebook had over 1.23 billion active users, more than 945 million (versus 600 million a year ago) using Facebook on a mobile device. Happy Birthday Facebook! Any Google doodle this year?

From users hover time to determine interest, providing ability for users to choose what they want to see first in their news feeds to live-streaming and messaging application for booking Uber rides, Facebook continues innovating.

In January 2014, chief operating officer of Facebook, Sheryl Sandberg, clarified: "He [Mark] always said Facebook was started not just to be a company, but to fulfill a vision of connecting the world."

Facebook Inc. began selling stock to the public and trading on the NASDAQ on May 18, 2012.

Facebook’s major competing social media are as follows: QQ.com; vk.com, odnoklassniki.ru and Zing.vn. Other competitors are mixi in Japan and renren in China.

Based on its 2012 income of US$5 billion, Facebook joined the Fortune 500 list for the first time on the list published in May 2013, being placed at position 462, BusinessInsider.com, Carlson, Nicholas (March 5, 2010) “At Last – A Full Story of How Facebook was Founded http://www.businessinsider.com/how-facebook-was-founded-2010-3#we-can-talk-about-that-after-i-get-all-the-basic-functionality-up-tomorrow-night-1
Below the resources section is a chronological timeline that reflects milestones, launches and product information beginning with October 2003 through January 2014.

Founded by Mark Zuckerberg with his college roommates and fellow Harvard University students Eduardo Saverin, Andrew McCollum, Dustin Moskovitz and Chris Hughes, the website's membership was initially limited by the founders to Harvard students, but was expanded to other colleges in the Boston area, the Ivy League, and Stanford University.

Mark Zuckerberg wrote Facemash, the predecessor to Facebook, on October 28, 2003, while attending Harvard as a sophomore. According to The Harvard Crimson, the site was comparable to Hot or Not, and "used photos compiled from the online facebooks of nine houses, placing two next to each other at a time and asking users to choose the 'hotter' person. 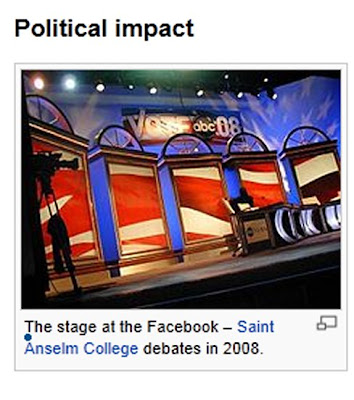 With success comes controversy particularly with Facebook. Zuckerberg hacked protected areas of Harvard's computer network and copied the houses' private dormitory ID images. Harvard at that time did not have a student "facebook" (a directory with photos and basic information), though individual houses had been issuing their own paper facebooks since the mid-1980s. 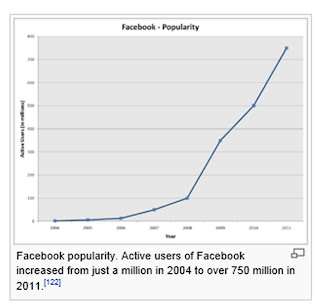 According to an article from Rolling Stone in July 2008, the site was quickly forwarded to several campus group list-servers, but was shut down a few days later by the Harvard administration.

Zuckerberg was charged by the administration with breach of security, violating copyrights, and violating individual privacy, and faced expulsion.

Zuckerberg expanded on this initial project that semester by creating a social study tool ahead of an art history final, by uploading 500 Augustan images to a website, with one image per page along with a comment section. He opened the site up to his classmates, and people started sharing their notes.

The following semester, Zuckerberg began writing code for a new website in January 2004. He was inspired, he said, by an editorial in The Harvard Crimson about the Facemash incident. On February 4, 2004, Zuckerberg launched "Thefacebook", originally located at thefacebook.com.

Six days after the site launched, three Harvard seniors, Cameron Winklevoss, Tyler Winklevoss, and Divya Narendra, accused Zuckerberg of intentionally misleading them into believing he would help them build a social network called HarvardConnection.com, while he was instead using their ideas to build a competing product.

The three complained to the Harvard Crimson, and the newspaper began an investigation. The three later filed a lawsuit against Zuckerberg, subsequently settling. In June 2004, Facebook moved its base of operations to Palo Alto, California and received its first investment later that month from PayPal co-founder Peter Thiel. The company dropped “The” from its name after purchasing the domain name facebook.com in 2005 for $200,000. 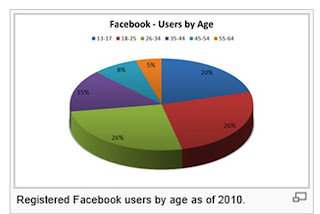 Writers for The Wall Street Journal found in 2010 that Facebook apps were transmitting identifying information to "dozens of advertising and Internet tracking companies". The apps used an HTTP referrer which exposed the user's identity and sometimes their friends'.


Please visit this blog frequently and share this with your social media. Thanks.
Posted by Gloria Buono-Daly at 12:00 AM