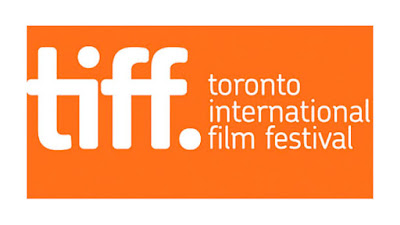 I recently wrote a post about my experiences attending the Toronto International Film Festival (TIFF) which will be happening this coming September 7-17.  On July 25th, TIFF heads Piers Handling and Cameron Bailey held a press conference to announce the first slate of films vying for Oscar buzz and eventual accolades.  High profile directors such as Darren Aronofsky (Mother!), Alexander Payne (Downsizing), Angelina Jolie (First They Killed My Father: A Daughter of Cambodia Remembers), George Clooney (Suburbicon) and Joe Wright (The Darkest Hour) will have their features screened at TIFF.

TIFF happens right after the Telluride and Venice Film Festivals, which often snag highly sought after titles first and create buzz via social media.  According to the Hollywood Reporter, of the 47 films announced thus far, only 11 are world premieres.  (Apparently TIFF cut its lineup this year by about 60 movies overall to make the festival more navigable and is no longer showing films at venues outside the downtown core of Toronto)

Onto my picks for TIFF 2017. I tend to pick films based on the director, actors and film subject matter (I also like biopics – as you will see below).  Here are my top picks so far, in no particular order, with links to trailers, if available.

Professor Marston & the Wonder Women (Angela Robinson): Luke Evans plays William Moulton Marston, the creator of the Wonder Woman comics and explores his unconventional relationship with his wife (Rebecca Hall) and another woman (Bella Heathcote).  Given the success of the recent Wonder Woman film, I’m curious to learn more about the man who started it all.  Plus, Luke Evans and Rebecca Hall always give strong performances.

The Darkest Hour (Joe Wright): Gary Oldman as Sir Winston Churchill, during World War 2?  Yes, please.  After watching John Lithgow play Churchill in Netflix’s The Crown, I’m curious to see how Oldman’s portrayal compares (and Oldman is one of my favorite character actors and I try to see everything he’s in).

The Shape of Water (Guillermo Del Toro):  Del Toro’s films are hit and miss for me, but TIFF loves him.  Sally Hawkins plays a mute woman who works in a government lab who forms a bond with a unique (alien?) creature.  The trailer looks really intriguing and Hawkins is another actor who rarely misses.  Octavia Spencer and Michael Shannon also star.


Submergence (Wim Wenders):  German director Wenders has long made interesting films including the groundbreaking Wings of Desire about angels longing to be human.  I am curious to see how this love story of a water engineer and a deep sea researcher (James McAvoy and Alicia Vikander) pans out.


Suburbicon (George Clooney): Co-written with the Coen Brothers, the seedy, violent underbelly of  1950’s suburbia is examined.  Matt Damon and Julianne Moore star as a couple who apparently make bad choices in a “Leave it to Beaver” style community.  Also stars Oscar Issac.
Downsizing (Alexander Payne): Speaking of Matt Damon, he also stars in this film as a man who literally shrinks to downsize his life.  The cast looks great with Alec Baldwin, Laura Dern, Kristen Wiig and Neil Patrick Harris.


I, Tonya (Craig Gillespie):  Being a figure skating fan, this one is on my list.  Margot Robbie plays disgraced Olympian Tonya Harding, who infamously was involved in an attack on her rival skater, Nancy Kerrigan.  I hope this will be an insightful look at the pressure of being an elite athlete with a scrappy background.  (Either that or a total cheese-fest).

Woman Walks Ahead (Susana White): Jessica Chastain stars as Catherine Weldon, a portrait painter from 1890s Brooklyn, who travels to Dakota to paint a portrait of Sitting Bull, and becomes embroiled in the Lakota peoples' struggle over the rights to their land.  I will watch Chastain in almost anything, and the premise looks interesting.

The Current War (Alfonso Gomez-Rejon): Benedict Cumberbatch as Thomas Edison? This is the third, I believe, biopic that Cumberbatch has starred in (he’s already played Julian Assange and Alan Turing), so I’m curious to see how he takes on the American inventor, as he races to create sustainable electricity.  Festival favorite Michael Shannon plays George Westinghouse.


Victoria & Abdul (Stephen Frears): Dame Judi Dench stars as Queen Victoria and charts her unusual relationship with an Indian clerk (Ali Fasal). Dench won as Oscar nearly 20 years ago for playing Queen Elizabeth I in Shakespeare in Love for a total of six minutes, so imagine what she could do playing a monarch for an entire movie?

Breathe (Andy Serkis):  After contracting polio at 28, Robin Cavendish (Andrew Garfield) is given months to live. With help from his wife (The Crown's Claire Foy) and inventor Teddy Hall (Downton Abbey's Hugh Bonneville), Cavendish devotes his remaining days to helping fellow patients and the disabled.  This is LOTR's Serkis directorial debut and could be another The Theory of Everything if it avoids too much sappyness.


More films will be announced in August and I will be sure to add to my wish list or revise the above.  There is no guarantee I will get to see all the films on this list as it will depend on the schedule and availability of tickets.  In any case, the films they’ve announced so far look really promising!

Posted by Andrea Goldstein at 1:04 PM