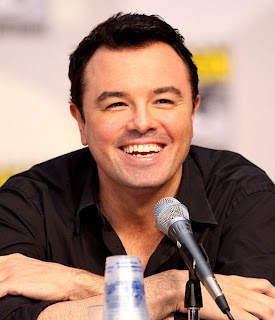 “You ladies never have to pretend to be attracted to Harry Weinstein again.” ~~ Seth MacFarlane
American actor, comedian, producer, director, and singer, quoted during Oscar 2013 announcements (January 10, 2013)
(LOL, one of my favorite Oscar announcement flashbacks :)

Movies “American Hustle” and “Gravity” lead with 10 nominations each.

Ellen DeGeneres, who hosted the Oscars in 2007, will return this year as the emcee of the ceremony, which will be telecast live on ABC on March 2 from the Dolby Theatre at Hollywood and Highland.

The Oscar nomination trend appears to have more competition in the best picture category. This year there are 9 nominees for best picture, as in last year.

A few disappointments mentioned by many correspondents and critics were that lead actor contenders Tom Hanks for "Captain Phillips" and Robert Redford for "All Is Lost" were not nominated. Also Emma Thompson for "Saving Mr. Banks," Oprah Winfrey for Lee Daniels' "The Butler" and Paul Greengrass for directing "Captain Phillips" did not receive Oscar nominations.

Oscar night this year will be telecast live on ABC on March 2 from the Dolby Theatre at Hollywood and Highland. More Oscar nomination coverage is at the Official 86th Annual Academy Awards -- Oscar.com and visit the “Oscar Nominee” section of the Website. Or you can view them below (begins with best picture category and includes links to more info about the Oscar nominated movie):

Best Music (Original Song):
“Alone Yet Not Alone” from “Alone Yet Not Alone”
Music by Bruce Broughton; Lyric by Dennis Spiegel
“Happy” from “Despicable Me 2”
Music and Lyric by Pharrell Williams
“Let It Go” from “Frozen”
Music and Lyric by Kristen Anderson-Lopez and Robert Lopez
“The Moon Song” from “Her”
Music by Karen O; Lyric by Karen O and Spike Jonze
“Ordinary Love” from “Mandela: Long Walk to Freedom”
Music by Paul Hewson, Dave Evans, Adam Clayton and Larry Mullen; Lyric by Paul Hewson

Please visit this blog frequently and share this with your social media. Thanks.
Posted by Gloria Buono-Daly at 9:49 AM