Here are more photos of my grandfathers - Imperati and Buono - Hard working ntrepreneurs, they came to the USA for a better life, and to start families - both sides had 8 children;  I would not be here without them. It was never about money but surviving and providing a better life for the family. Love you guys. I pray, and thank my lucky stars every day. 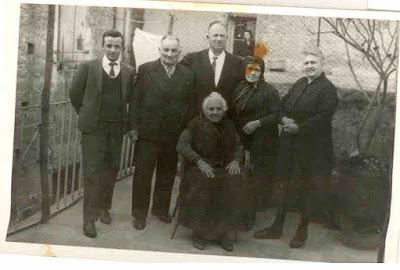 Photo left, my mom's dad Andrea Imperati, standing in the middle - his mother would live to 103 years old - she would still pick fruit and vegetables from her garden. He and my grandmother, Elvira Travaglina, would have 4 girls, 4 boys (living to see 3 predecease him) 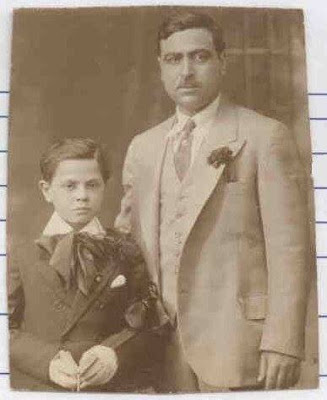 Photo right, my father's dad Angelo Buono. He and his wife Carmela Piccolo, would have 7 boys and 1 girl (the eldest).
Photo right, another photo of my dad's dad, Angelo Buono. I'm not sure but this may have been taken in Italy. He is probably with one of his relatives during a Holy Communion or Confirmation many years ago.   Family and religion, always so important to my family. It was their pride, love, and joy.
How well-dressed they were. As a style fan I really like the cravat (loose bow tie) worn by the child with a double-breasted jacket and the sharp light tailored suit with necktie and button-down vest on my grandfather.
Below is a photo of my mother's father our Grandfather Andrea Imperati (Imperato). He was already a grandfather, couldn't find earlier photos. 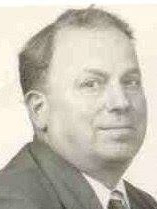 For those of us whose dads are no longer with us, (an estimate of about 100 million folks in the U.S.A.) and for the many more who still have their dad, there are so many things to do to keep his memory in your heart. Do things that your dad loved and things that brought out the best as well as visiting your dad's friends and family.(photo left courtesy of freedigitalphotos.com)
I have so many fond memories as a child with my dad and other family members at the Jersey Shore that I was inspired to write a short story in memory of my dad, “The Painting Ballerina".

What things do (or did) your dad enjoy? Are you planning anything special this Father's Day?

Lovingly and appropriately, I did things that my dad enjoyed this FD weekend -- dining out at fine restaurants with friends and having lots of laughs throughout the event. Here's a few photos posted on Facebook - Ladies Night Out to celebrate birthdays of Helen and Rosann.


This blog posting is a re-post from previous Father's Day blog posts from the AllThingsDigitalMarketing.com blog.
Posted by Gloria Buono-Daly at 8:25 PM