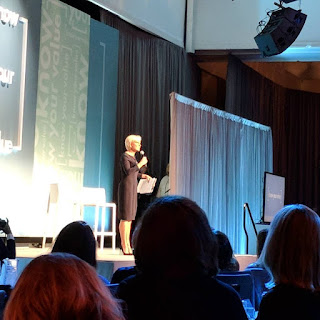 Mika Brzezinski, best known for co-hosting MSNBC’s Morning Joe (with her now fiancé, Joe Scarborough), is a bestselling author of books for professional women.  One of her titles, Knowing Your Value (Hachette Books), is a guide “to empower women to claim their worth at every stage of their personal and professional lives.”  (Hachette is releasing a revised version in September 2018)

Brzezinski has recently expanded the Know Your Value brand by hosting live events and a new website. One such event was held on October 30th at the Grand Hyatt in New York City, featuring such luminaries as Martha Stewart, Jane Pauley and Sarah Jessica Parker, not to mention Joe Scarborough, who acted as co-host.  Oh, and NYC Mayor Bill de Blasio stopped by to declare it “Know Your Value” day (and presumably to court women voters)! 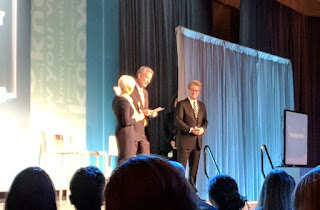 The day was packed with interviews, panels, and workshops covering personal branding, salary negotiating, health/wellness, re-launching a career after taking time off to care for family, body language, millennials in the workforce and more.  There was also a contest featuring three everyday women who, after some professional coaching and styling, pitched their value.  The winner, Tiffany Hamilton, received $5,000 after an impassioned one-minute speech which made WNBC’s New York Live host and judge Sara Gore get teary eyed (NBC’s Willie Geist and InStyle’s Laura Brown were the other judges).

Brzezinski also spoke throughout the day, advising women how to Know Their Value:

1) Stop Apologizing - Women say “I’m sorry” too often and in the process, diminish their value in comparison to men.
2) Get Your Data – Have metrics handy of the value you bring to your company’s business. Think how much revenue did you generate or how much did you save the company by implementing a project?  What awards have you won?
3) Respect First, Friendship Follows – You are not at work to make friends but be respected for your value.   Relationships are important at work, but they need to respect you first.
4) Dress for Your Message – Wear clothing that makes you confident and expresses your brand.
5) Use Silence for Your Advantage – When asking for something – make your case and ask, then be quiet.
6) Press Reset – You can always try again if you don’t succeed the first time.

Here are some highlights and tips from some of the Know Your Value presenters: 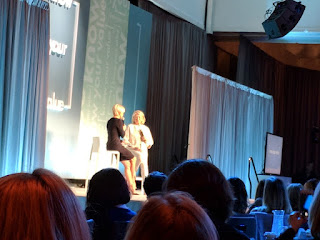 Martha Stewart, now well into her 70s, keeps her creative juices flowing by always being curious, reading and getting out to meet new people.  (She also memorably described her TV co-host Snoop Dogg as intelligent, funny and always reeking of pot!) 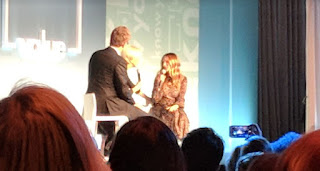 Sarah Jessica Parker has parlayed her “Sex and the City” fame into a successful shoe line.  Although a shoe line was always a natural extension of her brand and many wanted to work with her, she refused to compromise on quality and decided to work with Manolo Blahnik CEO George Malkemus to bring her shoes to market.  She also says to learn the business she “is quiet and learns” and surrounds herself with people who know more than she does, so she can learn. She also spoke of having a strong work ethic, being reliable and watching how you treat others.

News anchor and journalist Jane Pauley, who was diagnosed as bi-polar when she was 49, talked about self-care being important for all women, not just for someone who is managing a physical or mental illness.  She gets plenty of sleep and takes her medication daily, describing her 50s and 60s as the best years of her life. 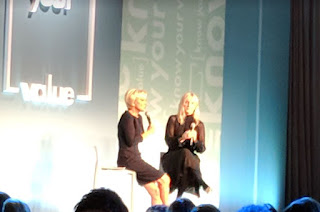 InStyle’s Editor in Chief Laura Brown is known for her “kooky” Instagram  account which she describes as a magazine of her life.  She advises women to be authentic and use their inner 8-year-old as a guide to what makes them happy.  She is also using InStyle to highlight “badass women” such as Cate Blanchett and write about social change through interviews with political figures such as former Vice President Joe Biden. 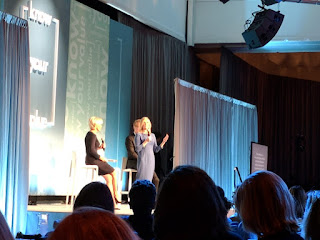 The BBC’s Katty Kay, who co-authored The Confidence Code, advises women to assess why they deserve a raise, list achievements and prepare and strategize before asking her boss.  She also says that persistence is key and making it a win/win for the employer.  She also says not to cry and learn to respond to objections in real time. 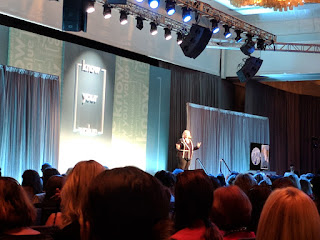 Body language expert Janine Driver gave a riotous presentation where she gave some great do’s and don’ts.  She said to focus on voice and posture and to shake hands while facing someone with your body, and to grab your chin to show confidence and stature.  She also explained why Hillary Clinton shimmied during her debates with Donald Trump – it was done to control anger – it’s impossible to stay angry when you are shimmying!  Some don’ts included not to shrug (shows uncertainty and not caring) or to shake hands with your body turned to the side.

Fitness guru Tracy Anderson spoke about the importance of daily exercise (30-60 minutes) for all women and they should choose something they enjoy.  She also talked about how important Instagram has been to her success with her #tamily hashtag that brings her fans together and connect.

In all, this was a great event and I applaud Mika Brzezinski and her team for pulling it together.  If I had a criticism, I felt she tried to jam almost too many topics into the day, so there wasn’t enough time to really dive into each.  (I was also expecting a complimentary copy of Knowing Your Value, having been to similar events where the book is always included in the price of admission.  In this case, they were selling books in the lobby to be signed by Brzezinski).

Posted by Andrea Goldstein at 2:39 PM