I was so fortunate to briefly speak with Cyndi Lauper, where she was being honored at the in 2013 during the Women Who Care Honoree in NYC May 6, 2013


Below is an allthingsdigitalmarketing.com  reposting from 2013 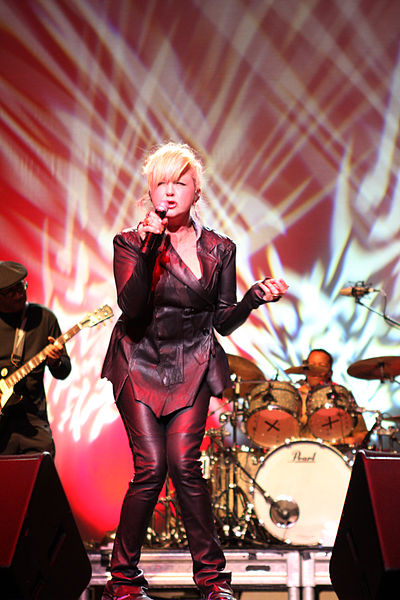 “I lucked out when I started to sing. I'd already experienced failing at everything else…I absolutely refuse to reveal my age. What am I - a car?”
~~ Cyndi Lauper
American singer, songwriter, actress and LGBT rights activist.

To hear Cyndi Lauper's signature Queens New York accent, see her curly to spiked trendy hair-dos of ever-changing colors from pastel hues to flaming reds, you understand how her fashion flair and eclectic style top her complete head-to-toe pop icon status. Cyndi Lauper is the epitome of individual expression, philanthropy and accomplishment -- thanks to Lauper, there are many firsts for women including her latest -- Sunday, June 9, 2013, at the Tony Awards in Radio City Music Hall, New York City -- legendary Lauper became the first women ever to win (exclusively without any co-writers, co-composers, etc.) the prestigious Tony Award for best original score (music & lyrics) for Broadway’s “Kinky Boots” which won 5 other Tony Awards.

"... I can't say I wasn't practicing in front of the shower curtain for a couple of days for this speech,"

an emotional Lauper said as she accepted her Tony Award. She stressed her hard work ethics and how inspired she was by the "Kinky Boots" folks, then thanked her family, producer Harvey Fierstein, and fellow nominees. "...I wrecked all her Broadway musicals when I was a kid, the cast albums. That's how I learned how to sing..." Lauper explained thanks to her mother. 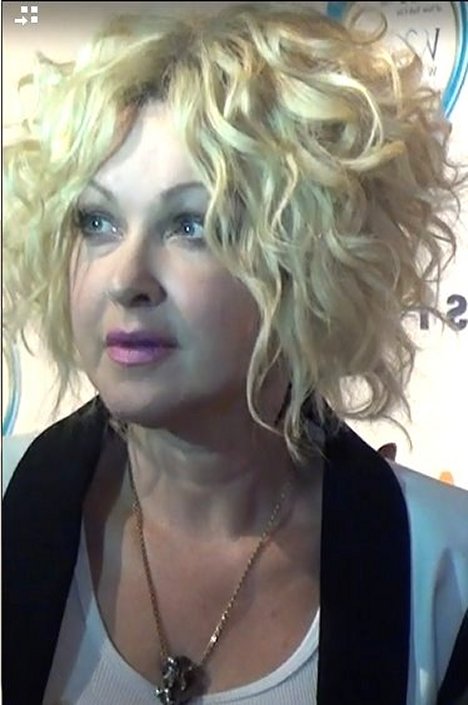 Legendary Lauper has been producing so many meaningful lyrics about acceptance and individuality, and after seeing her in person at a recent fundraiser where she was among the honorees, she doesn’t look a day over 30. Happy birthday Cyndi Lauper! Happy birthday to you! Thanks for all you do for women.

She has an older sister, Elen, and a younger brother, Fred (nicknamed Butch).

Photo right of Cyndi Lauper on the red carpet, Honoree at Women Who Care Gala, NYC on May 6, 2013, by Gloria Buono-Daly. 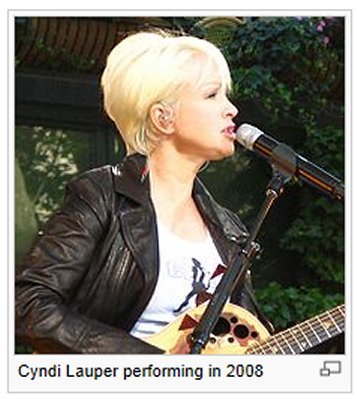 Lauper first achieved success in the early 1980s with the release of her debut solo album She's So Unusual in 1983, which was an instant commercial success. It spawned four top five hits on the Billboard Hot 100—"Girls Just Want to Have Fun", "Time After Time", "She Bop", and "All Through the Night".

It became the first album in history recorded by a female artist to achieve this, and earned Lauper the Best New Artist award at the 27th Grammy Awards in 1985. Her success continued with True Colors in 1986, which included two Billboard Hot 100 hits: The number one "True Colors" and "Change of Heart", which peaked at number 3. She also earned two nominations at the 29th Grammy Awards in 1987. 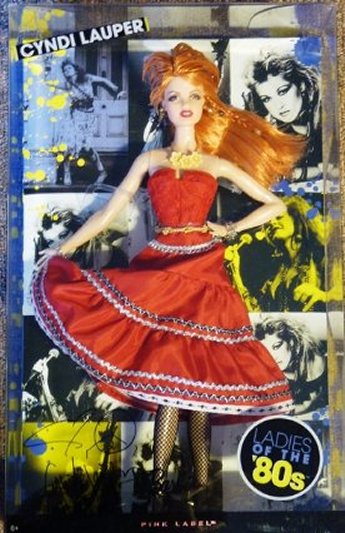 In January 2010, American toy company Mattel released a Cyndi Lauper Barbie doll as part of their "Ladies of the 80s" series.

In March 2010, NBC began airing the ninth season of The Celebrity Apprentice featuring Lauper and other celebrities such as Sharon Osbourne and Bret Michaels. The show had been filmed from October 19, 2009 to November 12, 2009. Donald Trump fired her on the May 9, 2010, episode, leaving her in sixth place. Lauper donated her winnings to her own True Colors Fund. In the season finale, she performed her upcoming album Memphis Blues in front of the boardroom live.

Lauper has been married to David Thornton since 1991. They have one son, Declyn Wallace Thornton (born 1997). Lauper was raised Roman Catholic and attended Catholic school. She refers to herself as a "Recovering Catholic.”

On June 24, 2012, Lauper appeared as a Grand Marshall for the annual Gay Pride Parade in New York City. She also discussed the contributions of her organization the "True Colors fund" to the LGBT community, and later performed that evening for a Pride event as well.

Lauper composed music for the musical show Kinky Boots with Harvey Fierstein, based on the 2006 independent film "Kinky Boots". The musical opened in Chicago in October 2012 and on Broadway at the Al Hirschfeld Theatre on April 4, 2013. The musical leads the 2013 Tony Awards with 13 nominations including best original score. In May Lauper won for best score for Kinky Boots at the 63th annual awards by New York’s Outer Critics Circle, the show also won Best musical and Best Actor for Billy Porter.

Lauper made international news in March 2011 while waiting for a delayed flight at Aeroparque Jorge Newbery in Buenos Aires. There, she gave an impromptu performance of Girls Just Want to Have Fun, as other passengers joined in and sang along with her. A video of the performance was later posted on YouTube.

Will Google celebrate Lauper’s 60th with a doodle? 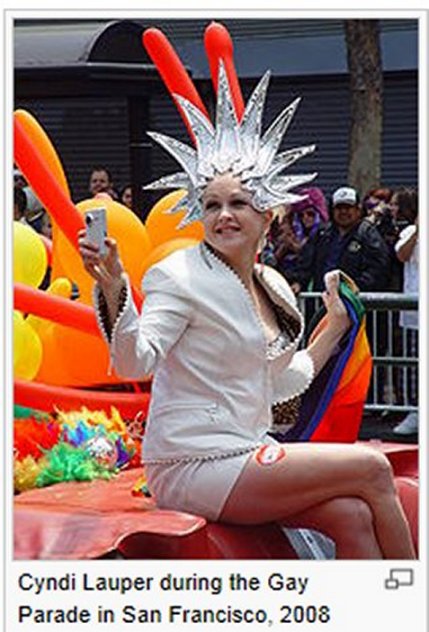 Photos courtesy of Wikimedia.org unless otherwise indicated.
Posted by Gloria Buono-Daly at 4:09 AM