“Our 21st annual gala is a milestone occasion and we are honored to celebrate it by honoring the legacy of our founder Arthur Ashe - the late tennis champion and humanitarian.
Like Arthur, each of our honorees is a trailblazer and they exemplify his commitment to making the world a healthier and more equitable place.” ~~ Ruth C. Browne, SD, MPP, MPH, CEO of The Arthur Ashe Institute for Urban Health.

"See what you missed" photos of The Arthur Ashe Institute for Urban Health have been uploaded onto FACEBOOK. Enjoy!

The "see what you missed" video of the event is up and running on Youtube. Enjoy! 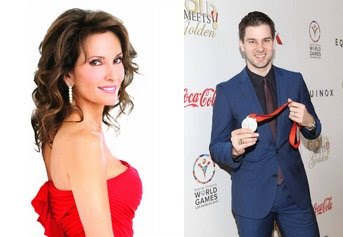 For media information about the Sportsball or the important ongoing work and programs the Arthur Ashe Institute for Urban Health provides, please contact Paul Nugent or Matt Flynn at JGPR: paul@jamesgrantpr.com, matt@jamesgrantpr.com  or (917) 626-1300.

JGPR- James Grant Public Relations provides marketing, publicity, and press for clients who are serious about strategizing and targeting mainstream media. The company currently has clients based in New York City, Washington, D.C., Los Angeles, and other cities. Whether it is a global corporation, film studio, national non-profit organization, personality, awards gala or an A-List charity event, JGPR specializes in getting the message out effectively to television, online and social media, print, and radio. We exclusively tailor a specific tactical blueprint for each client in order to achieve their marketing and media objectives. JamesGrantPR on Facebook, JamesGrantPR on Twitter, JamesGrantPR on YouTube.

The “See What You Missed” video of the event will be here soon so stay tuned. Watch, see what you missed and please share with your social media and professional networks. Thanks.