Yay! The "see what you missed video" is up and running on YouTube. Enjoy! And please share with your social and professional networks. Thank you!


Video thumbnail above of Amma Asante, BAFTA Award-winning writer/director of A Way of Life and director of Belle. Ms. Asante is recepient of the WMC Directorial Excellence Award for “Belle.” Video production and editing by Gloria Buono-Daly (c) 2014. A big thanks to colleague, Andrea Goldstein, for holding the camera.

Below is the article titled "Women’s Media Awards Gala 2014 Honors Amma Asante, Ursula Burns, Katie Couric and Barbara Walters" which posted on the day of the event (Wednesday, October 29, 2014). The below version includes updated photos. 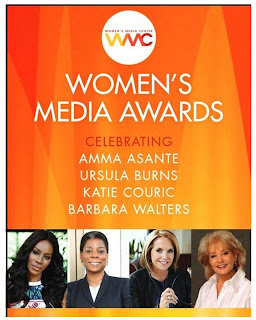 "Barbara is a true glass-ceiling-breaker in the world of media. From a time when a woman would not be taken seriously reporting hard news, her relentlessness, bravery, intelligence and vision has changed the landscape of television journalism. Her skillful, timely and probing interviewing, her ability to ask the questions the public would most like to hear, and her fearlessness in challenging the world's most powerful leaders, has made her one of the most influential journalists in the history of television, and has provided us with a deep chronicle of the people that influenced the latter 20th century and a big chunk of the 21st Century" ~~ Gloria Steinem , Co-Founder of The Women’s Media Center, presented the Trailblazing Media Award to Barbara Walters. Quotes and photos throughout this blog have been updated. Bookmark, share and visit frequently. Photo above left of Amma Asante, Ursula Burns, Katie Couric and Barbara Walters courtesy of James Grant PR and WMC. Photo below right of James Grant, President, James Grant PR and Gloria Buono-Daly, video producer, editor, writer and interviewer, Examiner.com. 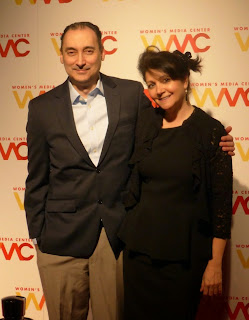 Enjoy the "see what you missed" photo album of The Women's Media Awards Gala 2014 on Facebook.

Co-founders Gloria Steinem and Robin Morgan were among the presenters.

The Social Media Award went to Elianne Ramos, Principal and CEO of Speak Hispanic Communications and Founder of the Border Kids Relief Project. Ramos, (@ERGeekGoddess) also a Latino community advocate and is known as one of the most influential Latinas in social media. Ramos has a phenomenal online presence as social entrepreneur and is dedicated to various advocacy programs. 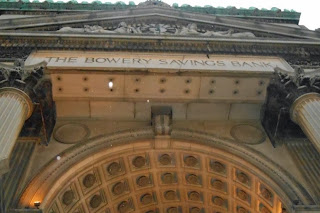 The full house, sold-out event was held at Capitale, a Beaux Arts architecture building located on the lower east side of New York City. 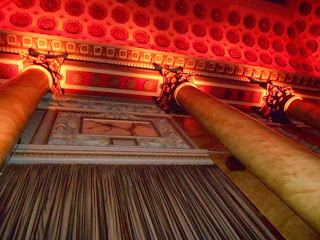 This event marks the 6th annual awards celebration which recognizes individuals who have made outstanding contributions to advancing women’s and girls’ visibility and power in media.

The Social Media Award will be presented to an honoree to be announced.

"Social media has brought news and differing perspectives to the world and changed the conversation...It is where the power to make significant change exists today," ~~ Jane Fonda, two-time Academy® Award-winning actress, humanitarian, activist and Co-Founder of The Women’s Media Center, as quoted during the Women's Media Awards Gala 2013. 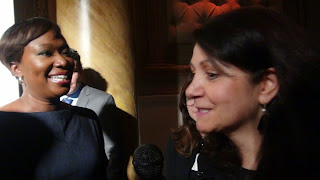 Photo left Joy Reid, host of MSNBC’s “The Reid Report” and host for the 2014 Women’s Media Awards by Gloria Buono-Daly. 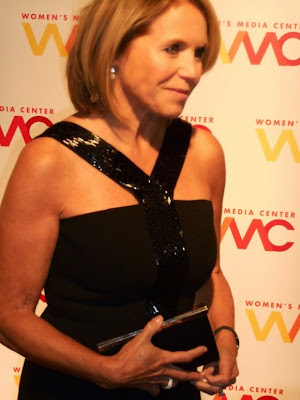 Photo below left of Robin Morgan on the red carpet by Gloria Buono-Daly. 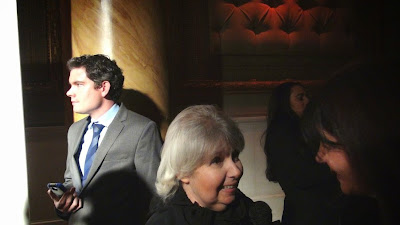 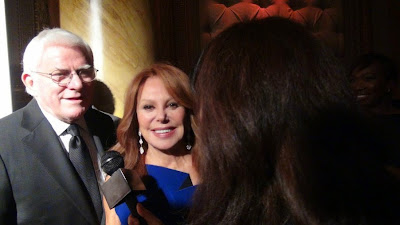 The Women’s Media Center – founded by Jane Fonda, Robin Morgan and Gloria Steinem – works to make women and girls visible and powerful in the media. The influence of the media is the most powerful economic and cultural force today. By deciding who gets to talk, what shapes the debate, who writes and what is important enough to report, the media shapes our understanding of who we are and what we do.
Posted by Gloria Buono-Daly at 11:28 AM