The “See What You Missed” video of the event is here. Watch, see what you missed and please share with your social media and professional networks. Thanks. 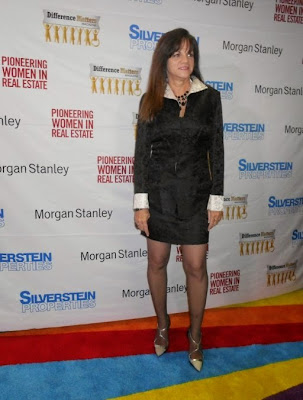 "If companies want to stay competitive in the marketplace, they are going to have to accept and support all employees regardless of their gender, orientation, race, or physical challenges. Not only is it the right thing to do, but it is the only thing to do if companies want to attract the best employees, the most loyal employees, and the most productive employees."
~~ Lori Sokol, Ph.D., Founder & Publisher of Work Life Matters, Contributing Writer for The Huffington Post & Board Chair of Women’s eNews, as quoted during the 2013 Work Life Matters Gala. Photo and quote will be updated for 2014 soon so bookmark and visit frequently. 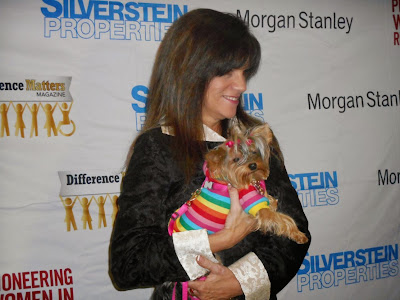 Photo left of Dr. Sokol on the red carpet by Gloria Buono-Daly. Dr. Sokol is holding Teapot Poodle, Scarlet, half-sister to Pupi Dupi, star of "Pupi Dupi in the City" produced and directed by Loreen Arbus. Incidentally, the pilot aired on Fox and already won an Emmy. 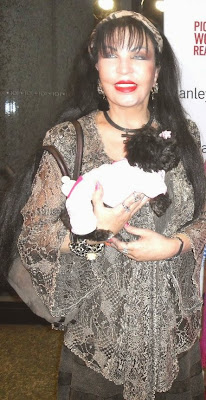 Photo left of Laureen Arbus, President of The Loreen Arbus Foundation/Producer/Disability Rights Activist and first woman to head up programming for a major U.S. Television network.


Ms. Arbus is holding the adorable and talented Doggywood star Pupi Dupi, star of "Pupi Dupi in the City" produced and directed by Loreen Arbus. Incidentally, the pilot aired on Fox and already won an Emmy. 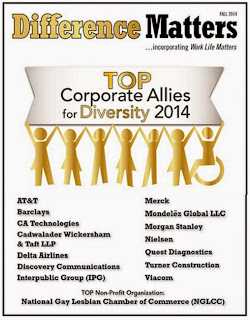 Vivid logos transformed the backdrop which complimented the “rainbow” carpet as stellar attendees graced the atmosphere to share their thoughts and perspectives on the importance of diversity and to celebrate the leading 14 companies.

These leading organizations are being honored for their steadfast and pioneering commitment and support of employees in one or more of these five categories: LGBT, Disabilities, Women, People of Color, and Veterans.

A portion of the event's proceeds will be donated to Non-traditional Employment for Women (NEW).

Twelve 'Pioneering Women in Real Estate' were also honored in Sokol Media's special annual real estate magazine for their outstanding accomplishments in a field still dominated by men. There was also a special tribute to Mary Dietz, AIA, Design Manager at Silverstein Properties, for spearheading the development of the Retail Hub at the new World Trade Center site.

*A portion of the proceeds will be donated to the non-profit organization NEW (Non-Traditional Employment for Women). 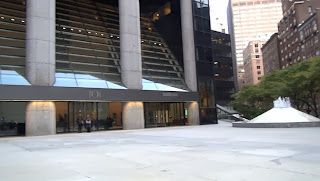 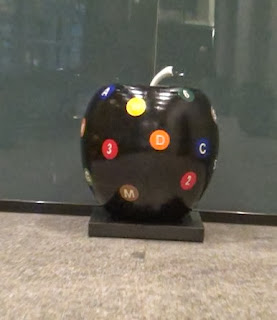 Diversity Matters (incorporating Work Life Matters) Magazine is a national business publication that provides news and analysis about the corporate, public and social issues inherent in the quest for achieving effective work life balance on behalf of the nation’s workforce.

Published since 2002, the publication pays annual tribute to companies that serve as leaders in their respective fields by providing innovative and effective work life balance programs and policies for their employees.

About Lori Sokol:
Lori Sokol is one of the nation’s most influential writers and editors covering women’s issues, politics, business, and LGBT issues. A regular contributor to The Huffington Post and host of the Radio Show, “Work Life Matters with Dr. Lori Sokol” on 1490AM WGCH, she has written for The New York Times business blog, Slate, The Baltimore Sun, Women’s eNews, and several other publications. Sokol is a frequent guest on television, appearing on MSNBC, NY1 News, Fox News, WPIX News, and CNBC. Her book, The Agile Workplace and Workforce: The New Future of Work, was published by Working Mother Media in October, 2011.

Stay tuned for the "see what you missed" red carpet video. We'll keep updating to keep you informed so RSS feed this blog and visit frequently. Thanks


This article will also be updated regularly with photos and other related information. Please visit frequently and subscribe to our RSS feed. Thanks.

Stay tuned for the exciting “See What You Missed” video of the event which will include special interviews from the Founder and President as well as representatives from honored companies and special guests.