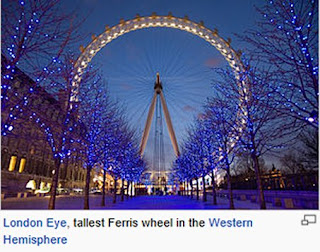 “I see nothing in space as promising as the view from a Ferris wheel.”
~~Elwyn Brooks White, (July 11, 1899 – October 1, 1985), also known as E. B. White, American writer, contributor to The New Yorker magazine, co-author of the English language style guide, The Elements of Style, ("Strunk & White"). He also wrote books for children, including Charlotte's Web and Stuart Little. Quote taken from The Points Of My Compass. 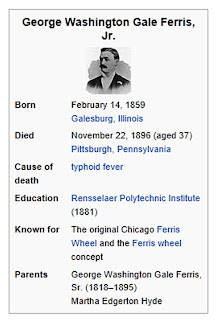 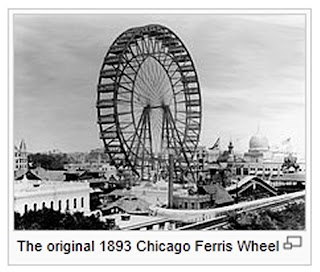 In 1873 George entered the California Military Academy in Oakland, graduating in 1876.

That fall he enrolled at Rensselaer Polytechnic Institute in Troy, New York. There he studied civil engineering and engaged in extracurricular activities, including the football, baseball, and rifle teams and the Glee Club.

Although required to be reexamined in some courses before passing, he received his engineering degree in February 1881, with a senior thesis titled, "Review of Wrought Iron Deck Bridge on the Boston Hoosac Tunnel & Western Railway at Schaghticoke, N.Y."

Ferris began his career in the railroad industry and was interested in bridge building. He died a few months after his father passed, at 37 years old from typhoid fever.

"Hope you enjoy this article Please feel free to share your thoughts in the comments section. Thanks!

All photos courtesy Wikimedia. Any other photos will be credited as required.


Please visit this blog frequently and share this with your social media and professional network. Thanks.
Posted by Gloria Buono-Daly at 11:07 PM