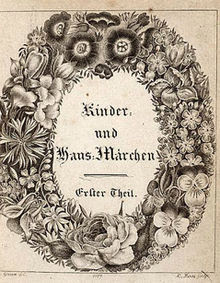 Google celebrates the 200th year since the first edition of the Brothers Grimm fairy tales titled “Children’s and Household Tales.”

This first edition is collection of German fairy tales first published on December 20, 1812 by the Grimm brothers, Jacob and Wilhelm. The collection is commonly known today as Grimm's Fairy Tales (German: Grimms Märchen).


The first volume of the first edition was published, containing 86 stories; the second volume of 70 stories followed in 1814. 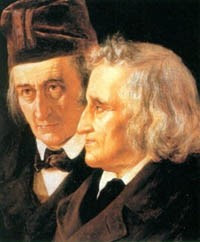 Stories were added, and also subtracted, from one edition to the next, until the seventh held 211 tales. All editions were extensively illustrated, first by Philipp Grot Johann and, after his death in 1892, by Robert Leinweber.

There was much controversy from first volumes, although titled "Children's Tales,” many argued they were not suitable for children. For example, the wicked mother of the first edition in Snow White and Hansel and Gretel (shown in original Grimm stories as Hansel and Grethel) was changed to a stepmother.

Also, they removed sexual references—such as Rapunzel's innocently asking why her dress was getting tight around her belly, and thus naïvely revealing her pregnancy and the prince's visits to her stepmother—but, in many respects, violence, particularly when punishing villains, was increased.

Today, December 20, 2012 Google paid homage the Brothers Grimm works with a Grimm inspired interactive doodle that brings you through their most popular tales from Little Red Riding Hood, Hansel and Gretal, Sleeping Beauth and Snow White and the Seven Dwarfs.

Photos courtesy of Wikimedia.org unless otherwise indicated.
This blog post came about 2 minutes before midnight, but just had to join in and celebrate 200 years since the greatest fairy tales of all time.
Posted by Gloria Buono-Daly at 8:58 PM