HAPPY B-DAY to you! 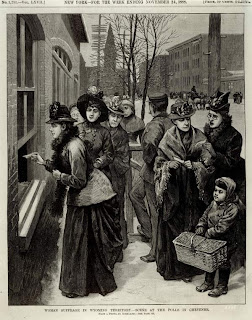 To think that almost a century ago, exactly 91 years ago, the Nineteenth Amendment to the U.S. Constitutional was passed and prohibits any United States citizen to be denied the right to vote based on sex. It was ratified on August 18, 1920. 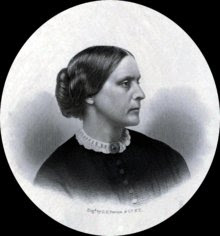 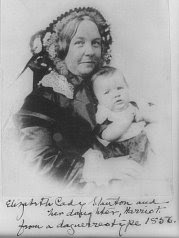 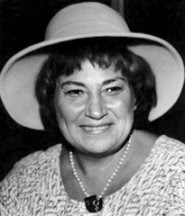 It took another 51 years to form Women's Equality Day - at the urgent request of Rep. Bella Abzug (D-NY) -- in 1971 the U.S. Congress designated August 26 as “Women’s Equality Day.” 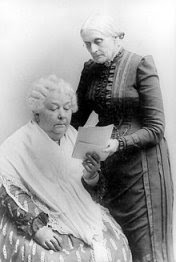 In 1869, Anthony and Elizabeth Cady Stanton founded the National Woman Suffrage Association (NWSA) an organization dedicated to gaining women's suffrage. Anthony insisted that Stanton become president as long as possible; Anthony served as vice-president-at-large until 1892 when she became president. (pictured right, Anthony and Stanton in later years - Stanton seated)
Posted by Gloria Buono-Daly at 7:15 AM